Would you like to become part of the Board of Directors?
We are currently looking for individuals with experience in Business and/or Promotion and Fundraising (non-profits a bonus!).
Interested individuals are welcome and encouraged to get in touch! 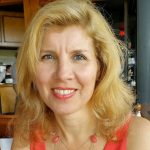 Tanya Tyuleneva began her studies early in life in her native Russia, and her pianistic artistry and skills were nurtured and polished at the famous Russian Piano School. Throughout her young career she won a number of competitions as a soloist and duet player throughout Russia and the Ukraine. She eventually went on to complete her master’s degree at the Nizhny Novgorod Conservatory of Music. She currently maintains a busy teaching schedule while collaborating with a variety of local musicians, and was a recording artist for the 2009 series with the British Columbia Conservatory of Music. From 2008, Tanya became a core member of the Vancouver Piano Ensemble, performing with them in Asia, Europe and North America; sharing her love of ensemble piano music with others.

In 2021, Tanya took over as president of the NWPES.

Bruce Lin has performed throughout Canada, China, Mexico, Taiwan, and the USA. He is an active chamber musician. He has been featured in music festivals including the Chamber Music Unbound, Las Vegas Music Festival, Mountain View International Festival of Song and Chamber Music, Scotia Music Festival, and Tuckamore Chamber Music Festival. His performances have been heard on U92 West Virginia Radio Station, San Antonio KPAC Classical, Vancouver Fairchild Radio, and Mexico City Cultural Channel. Currently he is the Director of Piano Studies at Amarillo College.  In 2021 Dr. Lin took over as Vice-President of the NWPES. Contact: info@nwpiano.com. 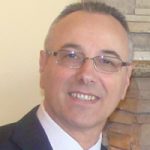 Ardian Lagji is a Professional Accountant and has a Bachelor of Arts from the University of Tirana, Albania. He has a long service and background in this profession starting as Junior Accountant and subsequently advancing to the position of Arts Imports and Exports Manager for the Foreign Trade Enterprise Branch in his native city of Durres, Albania.He moved with his family to Canada in 1999 and resides now in Burnaby, British Columbia.While working as a Junior Accountant, he attained further accreditation by completing BCIT’s Financial Management Diploma Program.Later on in his career, he was involved in Payroll and Benefits for various companies and is currently working as Payroll Manager for MVT Canadian Bus Inc., located in Surrey, British Columbia.A long-time lover of music, he joined the NWPES as a member of the Board of Directors in 2009 volunteering as the Treasurer for the Society. He has been active in International and National events held by NWPES ever since.

Rei Lagji is a graduate of the SFU Beedie School of Business with concentrations in  Marketing & Operations Management. He currently holds a position as a Business Data Analyst at Ritchie Brothers. As a former piano student and long-time lover of music, he joined the NWPES as a member of the Board of Directors in 2016 volunteering as a marketing associate for the Society, and later officially joining as a full board member in 2020.He has been active in the last two International and National events held by NWPES. 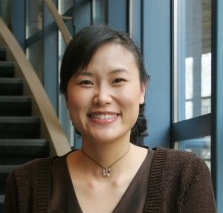 Rebecca Chan is a certified Yamaha Music instructor as well as a classical piano teacher. Under the tutelage of renowned classical pianists Ms. Alice Enns and Mr. David Warwick, and post-modernistic composer Ms. Jocelyn Morlock, Rebecca has established herself as a music educator with depth and breadth that spans over different disciplines and genre.In 2013, Rebecca conducted the choir and ensemble performances at the prestigious National Yamaha Junior Original Concert in Vancouver. The following year, Rebecca was invited to the Yamaha international forum in Tokyo to speak to an international audience on teaching methods. In 2017 Rebecca founded  ” Sound Directions of Music ” – music school which specializes in delivering the world-renowned Yamaha Education Sistem to the Greater Vancouver Communities.  Over the last 19 years, Rebecca’s students have received numerous recognition and awards. In addition to teaching and performance, Rebecca is also a standing executive at the BC Registered Music Teacher Association, as well as a Yamaha Grade Examiner.