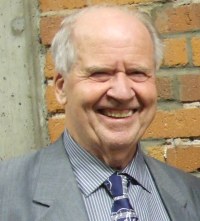 A Word From Winfried Rompf, Founder of Competition

Piano playing has been a very popular choice by many ever since the evolution of this most versative of instruments. Duets have been written by composes ever since Mozart wrote some of those delightful works, probably first played by himself and his sister, Nannerl.

The piano literature reveals many works for two pianists (either on one or two pianos) if one takes a closer look at this repertoire. The popularity of this type of music is well demonstrated by piano maker and composer, Pleyel, who produced the amazing piano with two keyboards, one on either end of the instrument. Players in the 21st Century are more and more drawn to this genre. Many pianists have, in fact, chosen their musical career around works for piano four hand, or for two players on two pianos.

The North West International Piano Ensemble Competition (NWIPEC) was born to highlight this repertoire to both performers and audiences. It was designed as a vehicle to encourage those teachers who have a vision for their younger students, or to create a vehicle for serious students of young adult age, to explore piano duets and duos.

This competition is the only one of its kind in the North West of North America. It has demonstrated its worth to those who have competed from East and West Canada, the USA, Europe and Asia.

The sixth competition will be held in 2018. We are excited about the new developments and inputs that have resulted in a revised set of rules and regulations for the event. Please note these changes by reviewing those parts of the website.

The Board of Directors for this competition is, itself, a reason for the success of the competition. Many of them are pianists with considerable ensemble experience, and they share the passion for this great specialty in music-making.

Our jury is of exceptional quality, as they have been involved for their own careers in piano ensembles of many kinds. A quick review of their history, their involvements and their discography will support their amazing contribution to this competition.

We do hope to see this as a Canadian landmark in the world of piano playing. All of our past indicators have demonstrated the accuracy of the path to this vision.